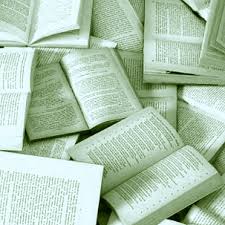 Since 2003 new prose from ten European countries forms the heart of the European Festival of the First Novel. Ten novelists and their editors as well as other professionals of the literary world are gathering in Schleswig-Holstein/ northern Germany to discuss writing and publishing, to acquaint themselves with new novels, and maybe pave the way for translation.

The festival, which takes place at “Literaturhaus Schleswig-Holstein” in Kiel, is a combination of an expert conference on European first novels and a public reading by all participating authors. 101 writers and about 80 publishers from 17 countries have so far taken the opportunity to present current first novels. From Norway to Hungary, from Finland to Spain, participants have made their way to Schleswig-Holstein. From the start, a network for authors and publishers of future European literature has come into existence, and it is steadily growing. In fact, a considerable number of the presented first novels has meanwhile been translated into various languages.

The initiators’ original idea of strengthening the role of literature as the most prominent promoter of the actual reality of life in the diversity of European languages and cultural traditions is beginning to take shape beyond expert discourse in Schleswig-Holstein. For the reading and the discussions during the four days a brochure provides the basis which presents extracts from and synopsis of all ten novels as well as biographical and bibliographical information on the authors in German, English and French.